Yesterday, 30 November, was the 50th anniversary of British Caledonian becoming an airline. This advert was issued on the 10th anniversary in 1980 and was full of optimism for the future. A year earlier in 1979 British Caledonian Helicopters was formed and was the best Company I ever worked for - 8 years of real enjoyment until the whole BCAL Group disappeared with the sale to BA in 1988. BCAL - so good I even married one of their hosties!...not the present Mrs C16.
. 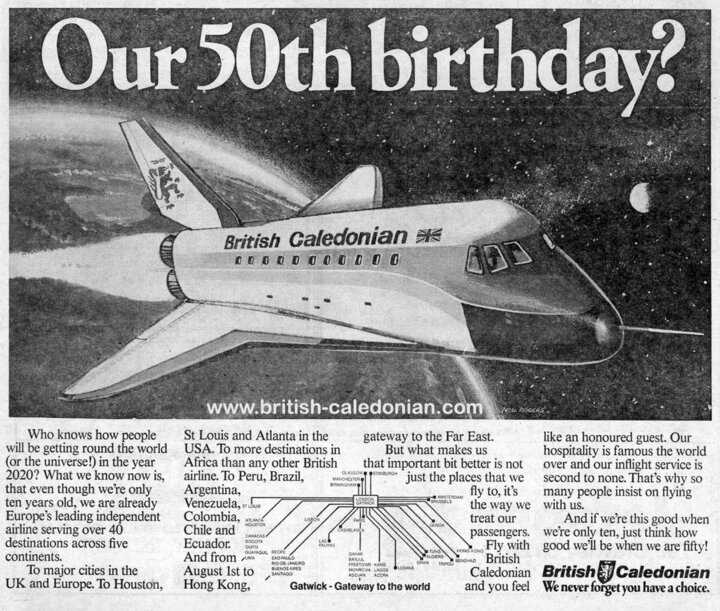 Funny thing the very first phrase of the text. I am afraid the answer is "not much".
Top

Used to fly a lot down to South America with BCal, especially Brazil. One of their hosties apparently married an American guy who had a few bob to spare and they decided to open a 'British' pub in Ipanema called the Lord Jim. (I think her husband was called Jim).
Anyway, after some delays, the pub eventually opened and it certainly had a very British feel to it. Oak beams, proper pub ashtrays, dartboard, etc., most (or all) of which I was reliably informed had come down in the hold of Bcal's aircraft. It was a great pub too. Nice atmosphere and good food. They even did a very acceptable fish and chips.
I was a member of BCal's Chieftain Club, too. One of the better frequent flier programmes. I missed them when they were swallowed up by the odious BA. 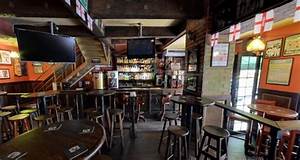 Yes...B Cal...never heard of them being from Australia...until seeing them in the mid 8's when I first ended up at Gatwick...but back then there was also 'Peoples Express'...and one or two aircraft with the word 'Virgin' scrawled across the tail...