Until reading this article I didn't realise that here wasn't a 'generic' D-Day memorial for the British Fallen.

Not being an expert on such things, I must say that one aspect of the proposed statue that I do believe to be very pleasing, is that each of the 3 soldiers are carrying different weapons.
A representation of the 3 British long arms that were carried throughout the campaign, namely the perennial Lee-Enfield .303, the maybe too accurate Bren gun and the ever so unreliable Sten gun.
Wine improves with age
I improve with wine

It's inscribed " D-Day Embarkation Ramps Beacon Quay" followed by the dates and then " Royal Engineers, 931 Port Construction and Repair Company ".....which is a fitting recognition for the many who contributed to the event in providing the essential support operations.
Top

For 22,442 men and women — far more than most people realise — would fall in the Battle of Normandy.

Jeez I didn't know it was that many Brits! The Greatest Generation is just that. We will never see that calibre ever again and they should be honoured indeed.

Slight drift... Mrs 4ma and I were visiting the Tower of London when the poppies were on display in the moat. We got chatting to a couple of American tourists who had come to the Tower to see the Queen, and they asked what the poppies represented. I told them there was one red poppy for every British and Commonwealth serviceman and woman killed in WWI. The gentleman said "Oh! So there's about 20,000 then". I replied "Actually, over 800,000 died between 1914 and 1918". Both him and his wife embarrassingly admitted that they had never been taught that at school, only that WWI started in 1917. They were equally surprised and disappointed when I told them the Queen doesn't live in the Tower.


...and it's about time a proper memorial was raised for those brave souls who took part in Overlord.
It's always my fault - SWMBO
Top

Weymouth was a major embarkation port for D Day, memorial for the US Rangers amongst others is prominent on the sea front. 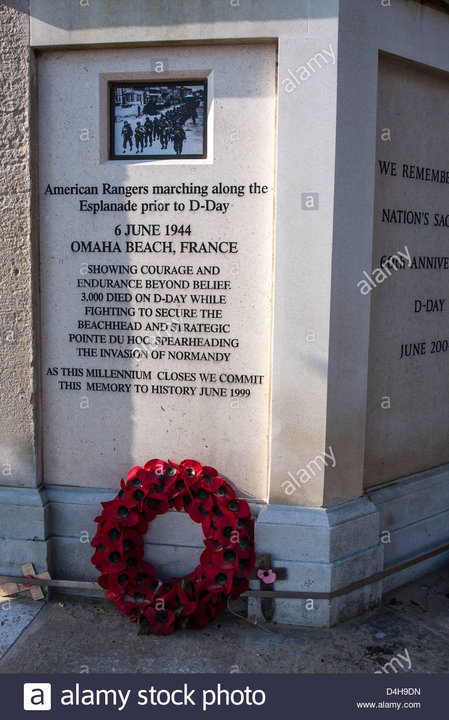 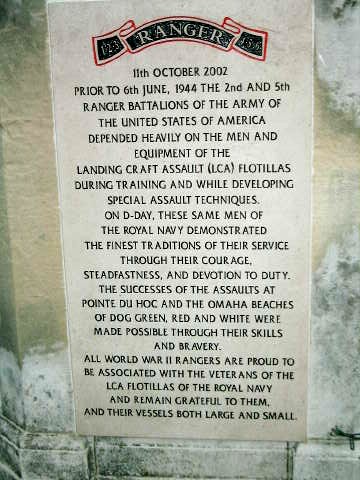 If you scroll along the various images, you can see the memorial in Torquay.

As I said, it's often the small memorials which are the most telling.

Plenty of memorials along the quayside in Dartmouth, Devon - a key embarkation point for D-Day with most large houses in the area (including Agatha Christies holiday home - Greenway House) requisitioned by the Army for use as officers quarters. Look up Operation Tiger - a costly fiasco in Start Bay - fascinating story https://en.wikipedia.org/wiki/Exercise_Tiger.
Top

This is a good story from the Daily Mail : https://www.dailymail.co.uk/news/articl ... mandy.html

I didn't realise that dogs were parachuted in with their handlers to work as sniffer dogs to detect mines and flush out hiding enemy soldiers. This story is unique in that the dog was buried with his handler. If you read the full article you will find out why.

It's good that animals that took part in D Day will be commemorated.
RAF 32 Sqn B Flt ; Twin Squirrels.
Top
Post Reply
9 posts • Page 1 of 1