Just watched an hour's programme on the Yesterday channel about the renovation to flying status of an RAF SAR Sea King by Historic Helicopters of Chard in Somerset. They have already done the same to a RAF SAR Whirlwind HAR10 and a RN Wessex HU5. The programme is available on catch-up on UKTV via Freeview Play and I think it's online as well. Worth a hour of your time if this kind of thing interests you! 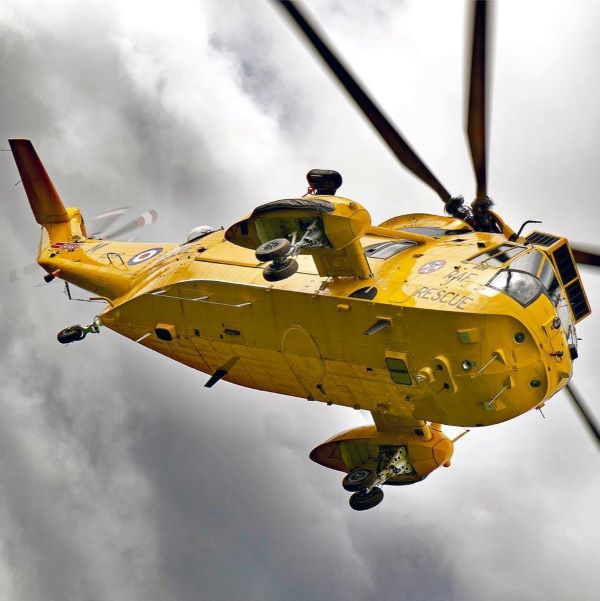 A Sea King rescue helicopter had a long RAF career safeguarding the UK’s coasts. But before it can return to the skies a new engine must be installed, then the giant rotor blades and a 1970s computer system also needs reviving.

The team of military veterans working on the project in Chard, Somerset are determined to put the Sea King back in the air – and with a woman in the pilot’s seat. Businessman Andrew Whitehead believes the six-ton chopper should be used to encourage more women to fly and his passion project’s aim is to put his partner Jane at the controls. After a test flight and an emotional reunion with former crew members, Jane gets to try the captain’s seat for size on a hair-raising flight in the restored historic helicopter.

In hangars and machine shops the length and breadth of Britain a brave bunch of engineers and aviators are battling to keep the UK’s most historic warplanes in the air. From Spitfires to C47 paratroop planes, Cold War jets to helicopters, the skies of 2020 are home to a growing fleet of antique warbirds – 20th century military aircraft rebuilt or even recreated from scratch.

Now Warbird Workshop is climbing into the cockpit with the pilots and professional engineers committed to returning planes that fought and won wars to the skies. We’ll watch as vintage engines are coaxed back into life and restorers puzzle out the problems presented by aircraft designed before their grand dads were born.

And we’ll capture the nostalgia and the drama of first test flights as iconic fighters like the Spitfire soar into the sky again after rebuilds that can take decades.

Our local scrapie near Coningsby had a Whirlwind. We could often see him practising a slalom. He had an underslung load that he would manoeuvre through the gates.
I don't know what became of it.
Top

Pontius Navigator wrote: ↑
Fri May 07, 2021 11:01 am
Our local scrapie near Coningsby had a Whirlwind. We could often see him practising a slalom. He had an underslung load that he would manoeuvre through the gates.
I don't know what became of it.