I only did one wedding reception job - picked up the newlyweds from Berkeley Castle, Gloucestershire, and flew them to Bristol Lulsgate for their onward flight on honeymoon. They were in the rear seats of the JetRanger. A few minutes after take off there was a loud 'pop' noise which resulted in a tightening of the sphincter and an initial rapid lowering of the collective. It turned out they had just opened a bottle of champagne.....

The wedding photographer is badly injured. Probably also the bridegroom. No update on the others. Hopefully they can learn about the crash worthiness or otherwise of the seats - looking at the state of the fuselage it was probably a very high rate of descent - and they were very lucky they weren't moving forward at the point of impact. Hopefully all will recover in time.

Wedding photographer and bride passed out moments before helicopter crashed

If this report is true then they must have fainted as they fell, but it seems to confirm that the aircraft had an engine failure just at the worst moment and the pilot was unable to lower the collective in time to retain Nr - no forward speed to help spin the blades up; very rapid decay of Nr with high pitch when heavy; nil wind and no translational lift etc.

A rotary wing article in the USN flight safety magazine 'Approach' years ago pointed out that vertical impacts with very high 'g' were survivable with good seats but those impacts with high forward speed were much less likely to have a good outcome, as the airframe would get ripped apart around the passengers. So he sensibly recommended washing as much speed as possible off in the flare at the bottom of a real engine off landing.

It looks like a long recovery for these folk but I hope a good one.
Runways are for beauty queens.

"She looked over and saw the pilot “freaking out with her controls, and then we were in free-fall”

One assumes that this meant the pilot had pushed the collective down and opened the throttle, lest the correlator/governor has let go, in one smooth blindingly fast action, more reminiscent of a gunfighter than a freaker at the freaker's ball!

Given the fact, as noted by FD2, that they were 4 up loaded, at very low air speed, and at high rotor blade pitch, and most likely in the avoid curve, the worst possible time to have a failure, the pilot would have had no more than 2 seconds in the R44 to do the above, before the rotor RPM decayed below 90% and the aircraft and passengers started on their on their way down to a big bang on the ground, whatever else was done on the way down.

Enough of the Robinson's. (Anyway, I thought they made that concentrate that is drunk at Wimbledon - barely water or summat

Here's a proper helicopter and it's British too, so it's bound to work perfectly!

It certainly looks the part but seems familiar. Has it been discussed somewhere on here about a year or two ago?

Is Wimbledon going ahead this year? It would make people 'jolly cross' if it was cancelled...

Runways are for beauty queens.

Would it help, as the cause of the majority of accidents seems to be fairly clear without FDRs. I wonder what parameters it would record to keep the price down and not over-egg it? Engine speed/gearbox input speed, airspeed, vertical speed, altitude and Nr maybe. All it's likely to do is confirm what people suspected anyway and then what? Maybe just a video camera recording the pilot's actions and the instruments would be a cheaper solution.

Make the annual competence check more difficult, if that didn't risk the TRE's life. Reduce the recency on type requirement? Competence and recency requirements don't cover the private owners though.

Thorny problem without banning the type altogether!!
Runways are for beauty queens.

No doubt the NZ CAA will also be scouring the world Aviation Authorities for reports of other Robinson/Lycoming engine failures, as well as the relatively few operators in New Zealand. 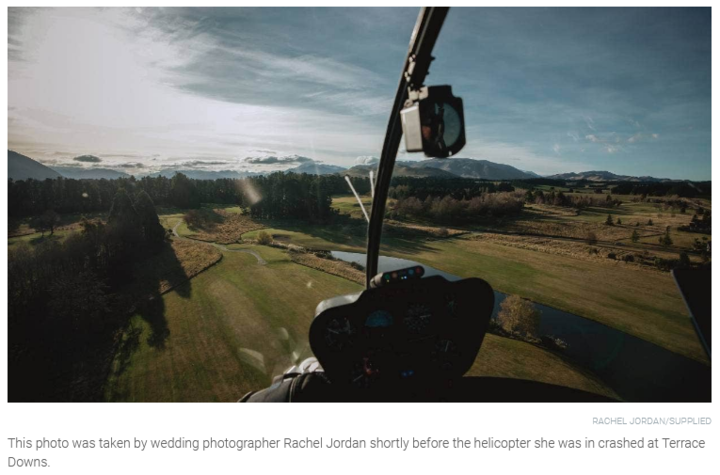 Runways are for beauty queens.

“This accident will again raise the profile of the Robinson helicopter, but it has to be remembered the power plant in the R44 is provided by a reputable third-party manufacturer.”

Used widely across the industry in fixed wing as well and has a good safety record.

THe AEIO version was developed for high-performance competition aerobatics aircraft. Starting at 260 hp (190 kW) the power was eventually increased to 300 hp (220 kW). The AEIO-540 family has achieved considerable success in aircraft such as the Extra 300, CAP 232, and Zivko Edge 540 (for example). 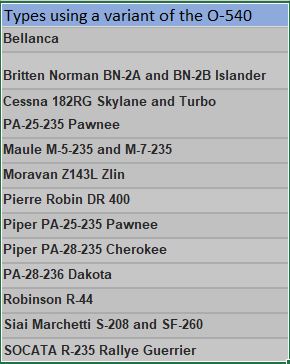 The local press are getting into the subject now. I'm astonished that there are 225 Robinsons (presumably of the three types) registered here. I don't know about the individual accidents mentioned and if they can be put down to mast bumping. Turbulence, over-controlling, over-reaction to engine problems - there can be a number of causal factors but I still don't know what can be done about these machines. I know what I would like to do, but caveat emptor.
Runways are for beauty queens.

Colusa County sheriff's deputies and Sacramento River Fire Division personnel discovered the bodies after they responded to a report around 1:15 p.m. that a helicopter had gone down near a highway in the small town of Colusa, about 70 miles northwest of Sacramento, the sheriff's said in a statement.

The National Transportation Safety Board, which is investigating the crash with the Federal Aviation Administration, said the helicopter was a Robinson R66. Robinson Helicopter Co. described the R66 as a five-seat turbine helicopter powered by a Rolls-Royce turboshaft engine.

No further details were immediately available.

It's good to note that the R66 has a turbine engine - at least that reduces one of the problems which the smaller R22 and R44 suffer from!
Runways are for beauty queens.

This is the helicopter owned by the Vann Brothers.

This is the helicopter owned by the Vann Brothers.


One assumes that they used heli's on frost patrol too or Ceres imaging?

TheGreenGoblin wrote: ↑
Mon Aug 02, 2021 5:46 pm
One assumes that they used heli's on frost patrol too or Ceres imaging?
https://weatherworksinc.com/news/fighti ... eeze-crops

They did not use their own helicopter on frost--they hire other helicopters, I have a contract with them and do frost work each year with all my aircraft. This is a sad loss for the farm---they are good people.

They used their helicopter to fly around and check on the farm---it covers many miles: 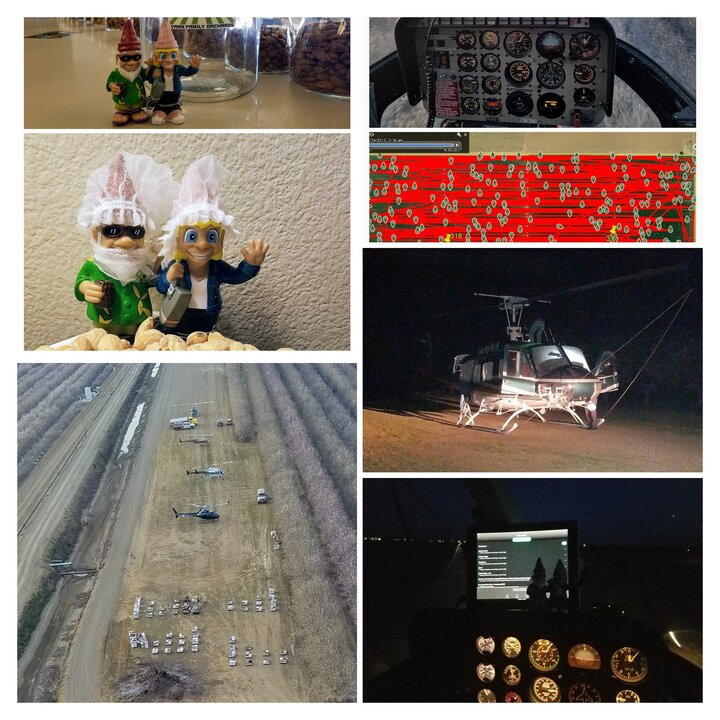 Yep, a personal heli a useful tool for farmers in SA too, given the size of the farms.

It is idiots like this that give Robinson such a bad rep.

I have posted that before, but worth posting again methinks.
Depressed, feeling a slump, then remember Lift = Coefficient of Lift x 1/2 x ρ x V-squared X S!
Top

Ok, that was posted on the Robinson's sales site, so let the Disciples of Flight (Praise Lord Robinson) opine.