US reveals futuristic helicopter that will replace Black Hawks

The new V-280 Valor aircraft will fly at speeds similar to a fixed-wing plane, and twice as fast as the old fleet
By Nick Allen and Dominic Nicholls, Associate Editor 6 December 2022 • 10:05pm 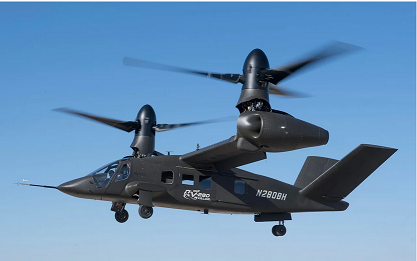 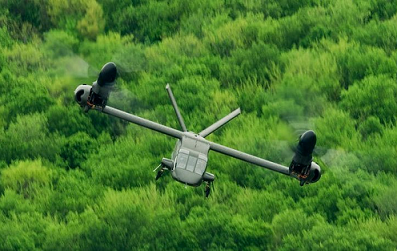 The US Army is set to buy thousands of futuristic aircraft to replace its iconic Black Hawk helicopters.

America's new V-280 "Valor" helicopters will take off and land vertically, but be able to tilt their propellers, allowing them to fly at speeds similar to a fixed-wing plane.

The new machines will travel roughly twice as fast, and have several times the refuelling range of the current Black Hawks, which have ferried soldiers around war zones for 40 years.

Amid the growing threat from China, the US wants its helicopters to have the capability to cover huge distances over the Pacific, while still performing tight manoeuvres delivering troops to battlefields.

Steve Trimble, defence editor of US-based Aviation Week, said: "The US Army is preparing to be ready to fight a war in the Pacific against a peer adversary.

"Those assumptions require an aircraft with much more speed and range, and that doesn't need a runway to take off and land. So an aircraft like the V-280 is exactly what they think they need for that future scenario."

Black Hawks, the US Army's workhorse in the skies, built by Sikorsky, have been indelibly linked to America's military history since entering service in 1979.

They were named after Black Hawk, a Native American leader of the Sauk tribe.

Black Hawks went on to be used in every major US operation since the invasion of Grenada in 1983, including extensive use in the Gulf War, Iraq and Afghanistan.

In 1993 two Black Hawks were shot down in Mogadishu, Somalia, an incident portrayed in the Hollywood movie "Black Hawk Down". 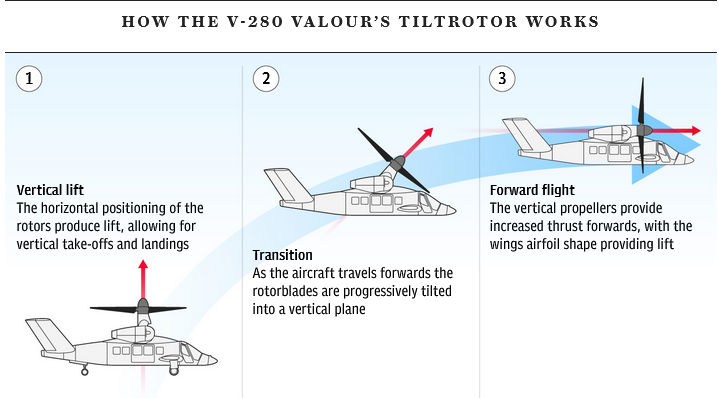 The Valor is expected to replace 2,000 Black Hawks, and 1,200 Apache attack helicopters, by about 2030
Black Hawks used in bin Laden operation

Later, in 2011 Black Hawks were used in Operation Neptune Spear, the raid in which Osama bin Laden was killed. Barack Obama later revealed that those particular Black Hawks had been "modified for stealth".

The Valor helicopters will be built by Bell with an initial contract from the Pentagon of up to $1.3 billion.

Potentially, that could rise to as much as $70 billion, depending on how many are ultimately ordered by the US and its allies.

So-called "tiltrotor" aircraft were first introduced by the US Marine Corps to get troops from ship to shore with the speed of a fixed-wing plane and the versatility of helicopters.

The Marine Corps said the first such aircraft, the V-22 Osprey, was intended to "shrink the battlespace".

Bell's Valor helicopters work in a similar way to the Osprey, which was used in Iraq and Afghanistan, and has been flown from HMS Prince of Wales, Britain's newest aircraft carrier.

Mr Trimble said the Valor had some "inherent advantages" over the Osprey, including being able to tilt its rotors without also tilting the engines.
Biggest US helicopter development in four decades

The Pentagon has officially called its new helicopter the Future Long-Range Assault Aircraft. It was the US Army's biggest decision on helicopter development in four decades.

In being chosen, the Valor beat a helicopter being developed by Sikorsky and Boeing called the "Defiant X", which featured stacked rotors spinning in opposite directions to give extra stability.

In a statement Bell said the Valor had an "unmatched combination of proven tiltrotor technology" and would give soldiers the "speed and range they need to compete and win".

The company added: "We intend to honour that trust by building a truly remarkable and transformational weapon system to meet the Army’s mission requirements."

An initial prototype for the Valor is expected by about 2025.

Black Hawks will still be built until the 2030s. In June the Pentagon ordered 120 more Black Hawks with the potential for another 135.

Douglas Bush, assistant secretary of the US Army, said the choice of the Valor represented a "momentous day for our Army".

Not strictly a 'helicopter' and I don't know what the 'width' in the table refers to, as the Valor's fuselage is not 82ft wide but the Blackhawk's is 7' 9"! Big puff for Bell after the V-22 but I wonder what the size of the order will be in the end.
Lastly, 'huge' distances across the Pacific - journalistic licence I think - but obviously greater and faster than current rotary machines apart from the V-22!
Top

Not strictly a 'helicopter' and I don't know what the 'width' in the table refers to, as the Valor's fuselage is not 82ft wide but the Blackhawk's is 7' 9"! Big puff for Bell after the V-22 but I wonder what the size of the order will be in the end.
Lastly, 'huge' distances across the Pacific - journalistic licence I think - but obviously greater and faster than current rotary machines apart from the V-22!

While +- 900 miles is +- 3 times the range of the Black Hawk, it is still as almost nothing compared to long distances likely to be encountered in the Pacific theatre of war.

The piece says nothing about the complexity, maintenance, cost and operating and operational efficiency of the tiltrotor either. The tiltrotor, whatever the pundits might say, is not as agile as the helicopter either.

Different horses for different courses. A judicious mix of these two different aircraft types might be warranted, as much as Bell might want the large lucrative tiltrotor order.
“One wondering thought pollutes the day.” - Mary Shelley
Top

helicopters will take off and land vertically

How on earth does one become a journalist?
Top

Boac No common sense or interest in the subject you're writing about maybe. Papers used to have defence or aviation correspondents, who knew what they were writing about.

TGA I agree about the: The piece says nothing about the complexity, maintenance, cost and operating and operational efficiency of the tiltrotor either. Also the tendency of the V-22 to burn paint off decks when the nacelles are pointing downwards and the added downwash to blow things away! Looking at the photo it looks as though they have kept the nacelles pointing aft in the hover - I guess it is a real photo...