Adml Sir Tony Radakin apologises in wake of report revealing women in the Services were subject to bullying, harassment and discrimination
By Dominic Nicholls, Defence and Security Editor 2 September 2021 • 10:06pm 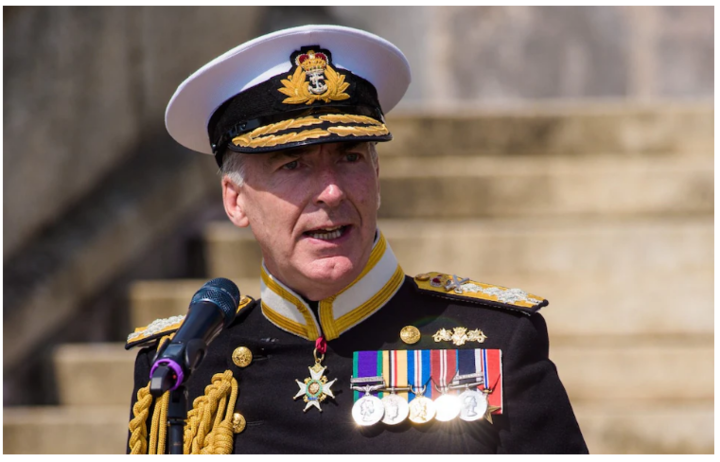 Adml Sir Tony Radakin apologised in an open letter to all naval personnel Credit: Anthony Upton for The Telegraph

The Armed Forces have failed to value servicewomen, the First Sea Lord has said, as he apologised for a damning report into service culture.

Admiral Sir Tony Radakin said a recent report by the House of Commons defence select committee showed his service had “not done enough for the women in our Service”.

The head of the Navy said “we must and we will do better”.

Adml Radakin started his open letter to all naval personnel, written four days after the report was published, by stating: “Firstly, I want to say sorry. The defence sub-committee’s report makes it clear that the Royal Navy has not done enough for the women in our Service and I apologise on behalf of the Royal Navy to all the women we have let down.”

He said the report made for “sobering” reading.

In his response, seen by The Telegraph, he said: “The behaviours identified in this report show an organisation which has not properly valued its Servicewomen. We are listening and making progress; but we must go further and we must act now.”

The defence select committee report, titled Protecting Those Who Protect Us: Women in the armed forces from recruitment to civilian life, caused outrage when published on July 25.

One in 10 serving female personnel were interviewed after the Ministry of Defence (MoD) lifted the usual restriction on service personnel from contributing to inquiries.

The report, based on evidence from 4,000 serving and retired women, found the MoD and Services are “failing to protect female personnel and to help servicewomen achieve their full potential”.

All roles and specialisations in the Royal Navy are open to women and the service recently promoted a woman to Admiral rank, for the first time.

However, the military culture of the Armed Forces shows it is “still a man’s world”, the report said.

Furthermore, it stated 60 per cent of serving female military personnel have been subject to bullying, harassment or discrimination.

The inquiry found a “lack of faith” in the complaints system, with two thirds of women not reporting their experiences, while a third of those who did complain described their experience as “extremely poor”.

The report stated: “When things go wrong, they go dramatically wrong. The systems for responding to unacceptable behaviour are failing our service personnel, both male and female. The service complaints ombudsman has never judged the military’s internal complaints system... as ‘efficient, effective and fair’.”

Sarah Atherton, chairman of the sub-committee on women in the Armed Forces, and an Army veteran, said: “It is telling that, despite some horror stories that the committee heard, nine out of 10 female service personnel we spoke to during this inquiry said they would recommend a career in the military, as I would.”

‘A matter of basic fairness’

Adml Radakin’s letter continued: “This is fundamentally about good leadership. This is not about political correctness. This is a matter of basic fairness and operational effectiveness. We cannot afford to compromise on this.

“The Navy thrives on teamwork. Bullying, harassment and discrimination undermine this, and our servicewomen are disproportionately affected by this. This must stop.”

Promising to work with the other Service chiefs to address the points raised in the report, he said leaders would be “failing in their duty” if they were not “getting the best from all of your people, whatever their gender... maximising the potential and performance of your team”.

Adml Radakin said: “Every single one of us can do better. Every leader in the Royal Navy, at all levels, has a responsibility to get this right, to adjust their attitudes and behaviour where necessary, and identify where improvements can and must be made within the Royal Navy to step up and drive this.

“The status quo is not an option.”

'Still a man's world' - not really a surprise in the armed forces. It was never going to be an easy move to integrate women into a service environment, human nature being what it is. People live and work in close quarters in warships and now we have the prospect of women serving in submarines. Good luck to them.

My daughter was subjected to discrimination.

And usually by the Army. One of the first though was RAF when her Wg Cdr's report was reversed by the Stn Cdr. Then she was attached as subject matter expert to an Army paper exercise.

The Colonel insisted on a more senior male officer. As it happens she knew him from when he had been my boss before she joined the Air Force. He just let her get on with it and smiled at the Colonel when appropriate.

Next was with a Colonel as the senior reporting officer but she was OC of an embedded RAF unit.

Finally, as a civilian consultant working with the Army, her civilian boss, ex-army, has the same attitude.

These systemic attitudes exist in the Services long after the civilian world has changed. Another example is H&S with the Services resisting even sensible changed to working practises.
Top
Post Reply
2 posts • Page 1 of 1