Capetonian wrote: ↑
Wed May 06, 2020 7:38 pm
He was, and whilst I am reluctant to get involved in someone else's fight, I will say that the abuse that was given to him was utterly inappropriate and uncalled for. OFSO, being the gentleman he is, made a dignified and short reply and has not been seen since. I think it is a great pity.

I sincerely hope that he does return.
Wine improves with age
I improve with wine

I pointed out to him that he was talking rubbish and I am not going to retract what I said save for the fact that I can be brutal and may have been personal (for which I will apologize to him). Nonetheless his stupid comments impinged on my life personally and I expect him to admit that too.

For the rest, FFS, he is a man. Tell him to stop being a tit, and come back, lest I accuse him of being a woke snowflake...

OFSO get your arse back here...

It's often not the message that gives offence in such cases, it's the method of delivery.
"Religion is the advertising campaign for something that doesn't exist."
The late Clive James
Top

I am a South African man. A leopard can't change its spots...

It is funny that a slightly liberal Saffer can make so called "right wingers" run for their safe places...
A place down in Mexico
Where a man can fly over mountains and hills
And he don't need an airplane or some kind of engine
Top

Back to the genuinely, and sadly, departed...

RIP Brian Howe, the man who put the rock back into Bad Company...


Brian Howe, the singer who fronted the British rock supergroup Bad Company for eight years, has died aged 66. He had a heart attack at his Florida home.

Howe’s manager Paul Easton said: “It is with deep and profound sadness that we announce the untimely passing of a loving father, friend and musical icon.”

Bad Company originally formed in 1973 by Free singer Paul Rodgers and Mott the Hoople guitarist Mick Ralphs. After Rodgers left to form another supergroup with Jimmy Page, the Firm, Bad Company recruited Howe in 1986, and he went on to perform on four subsequent albums.

The band was at a low ebb when Howe joined, having fallen from their peak 70s popularity with platinum-selling albums such as their self-titled debut, Straight Shooter, and Run With the Pack. But after helping to steer them away from the poppier sound of flop album Fame and Fortune, he returned them to success with 1990’s Holy Water, another platinum-seller in the US.

He said in a December 2019 interview: “I kind of stamped my foot a little bit and said, ‘Guys, this is a rock’n’roll band! We need to toughen things up a little bit. This is a guitar band, you know! This is a bluesy guitar band, and we need to get back on that.’ And with tremendous resistance, they were finally pushed into it, I guess.”

Is Barking on leave?
Top

Pioneering Rock and Roll singer Little Richard has died at the age of 87, his son Danny Penniman has told Rolling Stone.
The magazine quoted him as saying his father's cause of death was unknown.
Little Richard's hits included Good Golly Miss Molly, which originally made the UK charts in 1958.
The singer, who was born in Georgia as Richard Wayne Penniman, was among the first group of inductees into the Rock and Roll Hall of Fame in 1986.
His other well-known songs include Tutti Frutti, which sold more than a million records, and Long Tall Sally - later recorded by The Beatles.

Add my mother to the list.
She died this morning in a care home at the age of 89. Natural causes. No Covid-19 cases in the facility (they went into lock-down early on).
My sister was allowed to spend an hour with her yesterday in spite of the lock-down. The staff had cared for her well for over ten years and we are grateful to them for bending the rules to allow one last visit.
Since these are not normal times, there will be no funeral, just internment, with a graveside visit when possible.
I am comforted in knowing that she was nearing her end, so no sudden shock. The difficult part will be telling my teenage daughters.
RIP P.A.L

Condolences *PP* even though expected the loss of a parent is not easy especially in these times.
https://www.wunderground.com/dashboard/pws/ITORRO10?cm_ven=localwx_pwsdash
Top

So sorry, PP - no matter how 'prepared' you are, it is always difficult.
Top

I've just watched a programme on BBC2 called 'racing legends' about the late Sir Stirling Moss.
Definitely worth watching, you should be able to get it on Catch Up.
"Religion is the advertising campaign for something that doesn't exist."
The late Clive James
Top

Sorry PP, sad news. We lost my mother after many years with Alzheimers, but I felt that she'd left us several years before she physically died.
Condolences to you and yours.
"Religion is the advertising campaign for something that doesn't exist."
The late Clive James
Top

Cape:
Similar circumstances here.
Non-verbal and only a little evidence of recognition over the last few years.
My older daughter took the news very hard. The younger one handled it surprisingly well.

Capetonian wrote: ↑
Sat May 09, 2020 6:59 pm
I've just watched a programme on BBC2 called 'racing legends' about the late Sir Stirling Moss.
Definitely worth watching, you should be able to get it on Catch Up.

You expect me to be able to catch up with Sir Stirling Moss?
Top


The soul, funk and R&B singer Betty Wright, celebrated across pop genres for her remarkable vocal prowess, has died aged 66.

The cause of death was not immediately known but Wright’s niece confirmed the news, writing on Twitter: “Sleep in peace aunty Betty Wright. Fly high angel.”

Wright was best known for the song Clean Up Woman, a frank tale of a woman who “cleans up” with men other women have neglected, recorded when she was 17. It reached No6 in the US charts in 1971 and its funk guitar lick has been sampled frequently, including by Mary J Blige and Chance the Rapper.


Flight simulator inventor Rudy Frasca passed away on May 11 of natural causes. He was 89. Frasca’s name was familiar to generations of students who were trained and tested on flight simulators built by the company he founded in 1958. He is survived by his wife, Lucille, “who was always his strongest supporter,” as well as his eight children and 18 grandchildren.


According to his company, “Rudy left the Navy [after the Korean War] to attend the University of Illinois, where he did research in Aviation Psychology and honed his interest in the field of flight simulation. The more he worked with that early generation of pilot training devices, the more he realized that there had to be a better way. In 1958, putting together everything he had learned in the Navy and the University, Rudy built his first flight simulator at home in his garage and Frasca Aviation was founded.”

An avid pilot, Frasca collected several aircraft, including a P-40, a Spitfire, a Wildcat, an SNJ, a T-34, a Fiat and a Zero replica. “He loved all airplanes but had a special place in his heart for his Piper Cub,” the company reminds us. “His love of grassroots aviation and passion for flying fueled the growth and success of his simulation company. In his flying days, Rudy was active in many aviation organizations and has loaned several of his aircraft to the EAA museum so that the general public can enjoy them.” 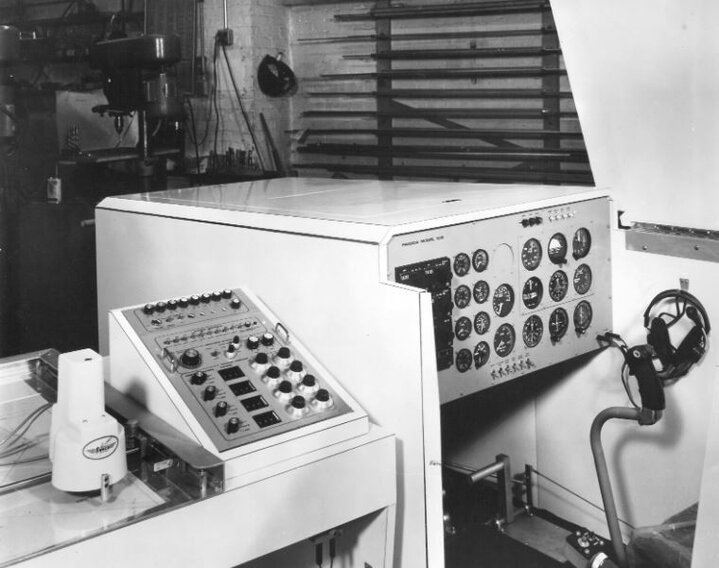 
The prolific and beloved comic actor and master of the mockumentary genre who stood out in ensemble comedies like Best in Show, For Your Consideration and This Is Spinal Tap, died Friday at the age of 86.

Willard’s rep Glenn Schwartz confirmed his death to Rolling Stone, adding that the cause of death was natural causes. Willard’s daughter Hope Mulbarger said in a statement, “My father passed away very peacefully last night at the fantastic age of 86 years old. He kept moving, working and making us happy until the very end. We loved him so very much! We will miss him forever.”

Jamie Lee Curtis, wife of Willard’s longtime director Christopher Guest, first shared news of the actor’s death. “How lucky that we all got to enjoy Fred Willard’s gifts,” Curtis tweeted. “He is with his missed Mary now. Thanks for the deep belly laughs Mr. Willard.” Willard’s wife of 40 years, Mary, died in 2018.

“A four-time Emmy nominee radiated a unique charm that established him as one of our generation’s most gifted comic actors,” Willard’s rep wrote in a tribute. “A master of sketch comedy, Fred was most heralded for his quick wit and improvisational expertise, which he demonstrated in hundreds of appearances on stage, on the big screen, and on a wide range of television shows.

Can the last person to leave,please feed the cat.
Top
Post Reply
60 posts

Return to “Where Are They Now”