I was going to entitle this thread "V-bomber flying lard arses and the Beagle", based upon the fact that the 20 Beagle aircraft eventually built at a loss by BEAGLE for the RAF, after the usual changes of specification and shenanigans by the RAF, were based upon an initial specification for the transport of 5 V-bomber crew and one groundcrew, with their flying paraphenalia, from Blighty to Malta. Along with the aircraft's steam driven NAV and Radio setup, the specification resulted in a fairly heavy aircraft for its class. . The survivors of this initial batch made it onto the civil register although in all my time in the UK I have never yet set eyes on one. I do have one lonely hour in my log on the Beagle Pup which was a delightful aircraft to fly and have fun in, but which was clearly a very different aircraft to the twin engined 206.

I wonder if any of the folks here, including ex V-bomber lard arses (or not), ever had occasion to fly or fly in this rarity which was hamstrung from the outset by the aforementioned variations and specification by the RAF, coupled with an uneconomical initial order which, predictably, doomed, the financial viability of the whole programme from the start, despite BEAGLE's effort to civilianise the type.

The aircraft could have had a role in counter insurgency in Southern Africa, as the SAAF wanted to sign an order for 16 of the aircraft (some of which would have been fitted out for maritime patrol duties as well) but this plan was scuppered by the British government's obequious bending to the USA's demand that the aircraft not be be sold to embargoed South Africa, the US thereby protecting their own aircraft industry, to BEAGLE's and Britain's detriment, thereby maintaining a hypocritical morally virtuous pose while doing so too!

The Beagle B.206X prototype's public debut at the Farnborough Air Show in 1961

The design of a twin-engined light transport began in 1960 as part of Bristol Aircraft at Filton termed the Bristol 220 but after the formation of BAC Peter Masefield , MD of Bristol Aircraft took the project to Beagle. The prototype registered G-ARRM (designated the B.206X) first flew from Shoreham Airport, West Sussex on 15 August 1961.[ The prototype aircraft was a five-seat all metal low-wing monoplane powered by two Continental flat-six engines. Owned since 1990 by Brooklands Museum then loaned to the Bristol Aero Collection before eventually being restored by a team of volunteers at Shoreham Airport, it was loaned to the Farnborough Air Sciences Trust Museum at Farnborough, Hampshire from 2011 until 2017. With the expiry of the loan agreement, it was dismantled and transported from FAST to Brooklands by road on 3 August 2017.

Initial production was the Series 1 aircraft which were powered by 310 hp Rolls-Royce Continental GIO-470A engines, and the first aircraft (G-ASMK) first flew on 17 July 1964. This aircraft was then converted as the first Series 2 aircraft with 340 hp Continental GTSIO-520C turbocharged engines and first flew as such on 23 June 1965. The production Series 2 (initially known as the B.206S) was also fitted with a large freight door. The aircraft was soon in demand with air taxi companies and as a light transport for companies. Three aircraft were delivered to the Royal Flying Doctor Service in Australia.

A Series 3 was developed with a raised rear fuselage to carry 10-passengers but only two were flown as such, one modified from a Series 2 airframe (G-35-28 c/n B.074) was used as the "Aerodynamic Test Vehicle" and later re-converted back to a Series 2 as G-AXPV and the second (G-AWLN, c/n B.080) which was converted on the production line and ultimately sold in Brazil; a third airframe (B.037, which had been damaged in production) was converted as a mock-up only and never flown. When the company needed the room at Rearsby to build the Beagle Pup, production of the B.206 ended with the 79th aircraft, (c/n B.080). Four further fuselages and a number of fuselage sections had also been constructed but were never completed.

A competition was held at RAF Northolt in March 1963 between the B.206 and the de Havilland Devon for an aircraft to replace the Avro Anson, resulting in 20 Bassets being ordered for the RAF. The first delivery to RAF communications squadrons was made in May 1965. It was powered by two Rolls-Royce/Continental GIO-470 six cylinder horizontally-opposed engines giving it a maximum speed of 220 mph and a range of 1,645 miles. Up to eight persons could be carried.

The Northolt aircraft were originally based at RAF Bovingdon near Watford, Hertfordshire with the Southern Communications Squadron until the 'SCS' moved to Northolt and became 207 Squadron on 4 February 1969. Another squadron, the Northern Communications Squadron, operated Bassets from RAF Topcliffe near Thirsk in North Yorkshire, later becoming 26 Squadron at RAF Wyton. Most aircraft were removed from RAF service on 2 May 1974 and sold for civil use.

The first civil-ordered aircraft (a Series 1 registered G-ASWJ) was delivered in May 1965 to Rolls-Royce Limited at Hucknall. In 1975, Rolls-Royce retired this aircraft and donated it to RAF Halton for use by apprentices as 8449M; it is now with the Midland Air Museum at Coventry

An unusual use was for one of the first aircraft registered G-ATHO which was bought by Maidenhead Organ Studios Limited for transporting electronic organs.Other examples were operated by UK-based air charter firms including Air Kilroe.

The type was sold to and operated by civilian firms and individuals in several countries including Australia, Brazil and the United States. Bassets were sold after RAF service to the United States and Paraguay.

Dutch roll in a Basset?

Re: Dutch roll in a Basset?


That is a very interesting video snippet indeed!
I see a bad moon rising...
Top

There was one on The Queen's Flight I think for HRH PC to do his twin rating. 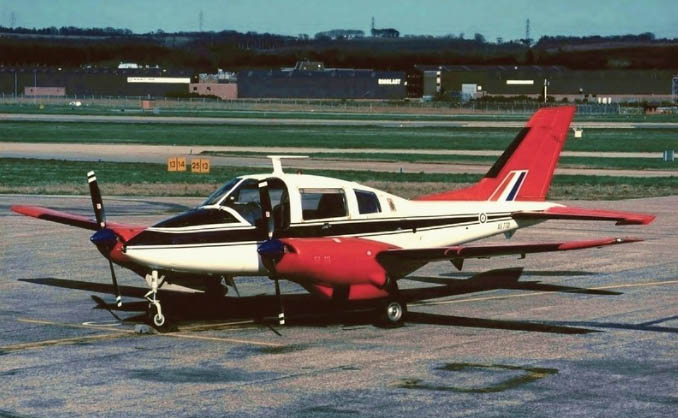 I think that was a standard Basket, ex-A, not the lard carrier.
Top

In 1975 I cadged a lift in a Basset from Lossie to Boscombe Down.

Flying above the clouds we saw to the west a hole in the overcast through which a beam of sunlight was reflected off the sea, and projected as a tight beam to the heavens.
Top
Post Reply
6 posts • Page 1 of 1