Gliding: how was it for you?

A new flight altitude record has been set - by a glider.

Pilots Jim Payne and Tim Gardner flew higher than even the US Air Force's U2 spy plane aircraft, which topped out at 73,737 feet in 1989, the aircraft manufacturer said.

In erasing its own two records, the pressurised glider crossed the "Armstrong limit," the threshold between 59,000 and 62,000 feet above sea level, where blood boils without insulation.

Aiming to break the 42-year-old altitude record of 85,000 feet set by the SR-71 Blackbird jet, Perlan 2 exploited massive seasonal wind currents ripping in from the Pacific.

During the late South American winter, those waves roll east across the Andean cordillera and, after sweeping the mountains, merge with cyclonic high-altitude winds from Antarctica.

With an assist from that polar vortex, the combined energy creates a supercharged thrust capable of surging more than 100,000 feet - 30,480m - into the stratosphere. 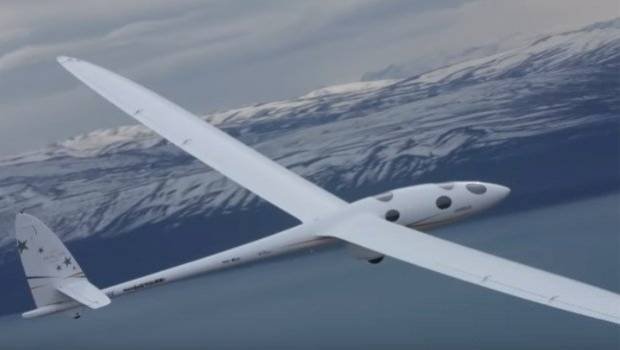 FD2
Thanks for the link. Good stuff!
Top

Late picking upon this thread, but a couple of inputs:

For all - how did the pilots of the Perlan maintain pressurisation?
Top

Boac - from the article:

'In erasing its own two records, the pressurised glider crossed the "Armstrong limit," the threshold between 59,000 and 62,000 feet above sea level, where blood boils without insulation.' Ignore the boiling blood...
The main thing is to take care of the main thing.
Top

From the Daily Mail.

Still unable to fnd a link to the 'tech' providing the presurisation. It is, unbelievably, at an 8.5 psi differential, and the two-person crew will not wear pressure suits. All I have found is that the cabin 'is designed to be leak free' but can cope with a loss rate of '1litre per minute' - I think all done from installed compressed gas.

Absolutely staggering to see that it has exceeded the altitude record for wing-born powered aircraft.

Going back to Fox3 post #15 - the 'One-in-one' was a practised Hunter manoeuvre and if memory serves me right 'qualified' controllers would guide the aircraft to a point where 1000ft per mile would reach the runway at which point you blew down the flaps and gear. I remember a trip at Chivenor where we did it for practice with a cloudbase of about 1000ft. Amazingly reliable.
Top

The ATC launched me into the skies, alone, in Aug 68. The first and third flights were uneventful. The second was, erm, problematic due entirely to the brick like flying qualities of the Cadet Mk 3.....in sink. I elected not to try and land on the then one of the longest runways in Europe, Burtonwood, but instead ona ramp full of 44gal drums, ground euip. and other sundry chunks of metal. My "Good Show " / Green Endorsement " for this superb display of airmanship is, presumably, still in the post.

I then joined the GSA because I was informed they spent the evenings discussing aspect ratio's, consuming cucumber sandwiches over a small glass of dry white wine before retiring for a good nights sleep.

There were a few "unfortunate misunderstandings " thereafter..my illegal incarceration at the Aachen border ( as was ) crossing...I blame this entirely on the involvement of US Army Military police at the time, I was totally innocent !.....being refused entry to an S/M establishment after a field landing following a 150km bimble to somewhere the other side of Eindhoven one Sunday...said establishment being near the autobahn turn to Weert coming from Roermond....an extended delay at Felixstowe due to HM Customs asking inane questions after a rough crossing, being flown into Wegberg as a means of transport to said hospital.

It was suggested, less than politely I have to say, that maybe I should find another club other than the one at the time located at Colerne....this I did at one noted for not being Bicester, but located very near. Paradise ! Kindred spirits in abundance !

I lost a few friends, some on here may well know one, initials A.P. former Lightning driver, and a few more lived to tell the tale, albeit not as intact as when they launched.

I managed to get about 900hrs, was a BGA Inspector and overall gliding was good for me and me for gliding.

I also killed two pigeons, sorry, and had the engraved in my memory forever, experience of sharing a thermal with a professional, an eagle, over 31Sqdn one day. The eagle was suitably disdainful of the flapping controls and idiot in the Ka8.
Top

- Knew him well. A sad accident.

Earlier days[attachment=0]luqaB.jpg[/attachments] 3rd from left, I think, Luqa 1978. I always remember him busting out of a very low-level Queen's Birthday Flypast as we threaded through the TV aerials somewhere west of London. Reheat and up to 33,000 feet through the London TMA 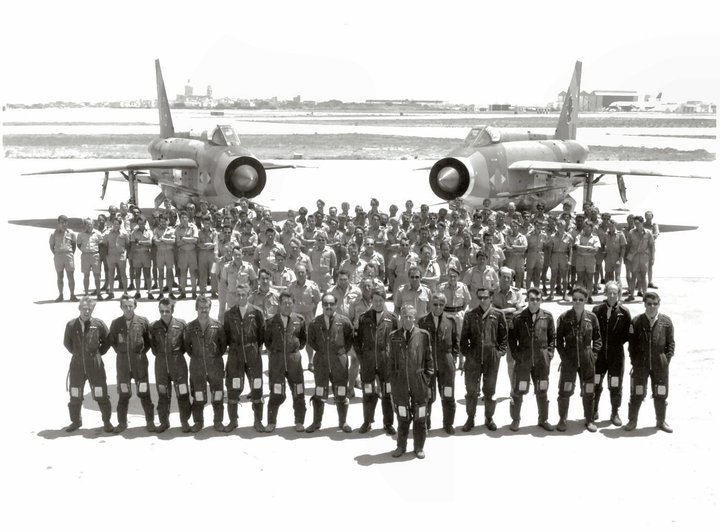 My experience is that gliding seems to make for some very good stick and rudder pilots. It also, sadly, occasionally catches out even the very best pilots...


A British airline pilot was killed when his glider slammed into a rocky hillside at 150mph while he was celebrating his 60th birthday with a solo flight.

Flybe airline captain Peter Reading, 60, had tried to climb and was believed to have stalled and gone into a spin. He was unable to pull up the nose before crashing on Monday.

The father-of-two from Godalming, Surrey, had been on a gliding holiday with wife Ingrid.

He had launched from an airfield in a Jonker JS-1 Revelation that is capable of speeds of 175mph.

The previous day he had taken his 59-year-old wife up for a flight over the wild Karoo and South Africa’s biggest dam near Norvalspont in the Free State.


Rescuers raced to the scene but Mr Reading’s body was found among the wreckage. Gariepdam Gliding Club chairman Manni Voigt said the area was popular with British pilots.

“He is a very experienced glider pilot with over 60,000 flying hours under his belt and a further tragedy is that he had gone up to celebrate on his 60th birthday,” he said.

“We don’t know exactly what happened but it would seem he was flying too slow and lost lift on a wing and stalled and went into a spin.”

During my Boy Entrants time, at Cosford we were encouraged to get involved with gliding.
One day a lad was flying with a Sqdn. Ldr pilot and on landing he hit the football goal posts and they were both killed.

Put me right off, never showed a glimmer of interest there after.
Wine improves with age
I improve with wine

ian16th wrote: ↑
Wed Dec 05, 2018 7:34 am
During my Boy Entrants time, at Cosford we were encouraged to get involved with gliding.
One day a lad was flying with a Sqdn. Ldr pilot and on landing he hit the football goal posts and they were both killed.

Put me right off, never showed a glimmer of interest there after.

.....he was a really nice guy, great sense of humour and such a needless accident given the long standing awareness of the belly vs nose hook when aero towing dangers.

The lighter side of hitting poles....

One day at Bruggen....the peri track adjacent to the launch area is being renovated and thus helpfully in place are those scaffolding barriers to prevent access.

Enter our hero....a man of many talents, he had a law degree and another in theology, so what better career option than subsequently joining the Army could there be....is flying the Swallow....problem, for him, there is a glider on the landing area !....no matter there was more than enough available space, he was determined to land from whence he departed....we watched "with interest " as his thoughts were being transferred to the controls flying the base leg followed by a finals turn in which the nose elegantly rose and the airspeed visibly reduced....having survived this demonstration of how to enter a spin, minus the useful bit of altitude, he duly decided he would now avoid the parked glider and land...on the peri track.

With erm, unerring accuracy, he duly lands the Swallow directly in front of said scaffolding barrier. The pitot on the nose took most of the impact, the canopy got a crack, and he emerged not even remotely flustered...as the proverbial "when, not if, and waiting to happen " candidate, he had already demonstrated his prowess to attain this award on a winch launch one day....about 300ft, twang !, cable break....no big deal, normally that is. Instead of recovering as trained, he proceeded to perform a wing over and returned to the launch point...the instructor, one T.N-G ( RIP ) known as " The Iceman " which he was, one of the calmest instructors I ever met, was, as they say "visibly moved " after this display of airmanship....after the Swallow accident however, our hero decided that possibly he was safer sitting at Rhein'D for the weekend.....as did we.
Top
Post Reply
33 posts