Drones - a hazard to aviation?

They are not allowed to be flown within (ie an MSD) of 60m of any person, vessel, vehicle or structure.

For all practicable purposes that means you can't fly a drone.

An irresistible attraction is to get aerial pictures of your own home and gardens. There are few homes with 100 metres clear around them.

If you go to the country it would be rare to find accessible places where there are no others.
Top

The British Model Flying Association have an agreement with the CAA that members with the appropriate qualifications can send their £9 fee, together with their Association annual membership fee due on 31 December, to the BMFA who will forward the £9 for each member - and their names and addresses - to the CAA in January. CAA Flyer ID's which have to be attached to the unmanned craft will be issued in February. So none of the 36,000 BMFA members will yet be included in the Wail's 75% and paid up members can legally fly their unmanned craft until receipt of their Flyer ID.

Just a clarification, whilst it is 'drone' incidents which have resulted in this registration requirement, registration is needed is for all unmanned airborne craft above 250g, not just 'drones'. The trouble with 'drones', especially ones with GPS 'autopilots' which give autohover and 'return to place of take off', is that they are too easy to fly without instruction whereas an old fashioned model aircraft will probably crash on the first attempt to fly without instruction.
The helicopter pilots' mantra: If it hasn't gone wrong then it's just about to...
https://www.glenbervie-weather.org
Top

I've gat a small one here, none of that fancy no hands GPS return to base stuff..have to do it all on your own! Dad gave me it at Christmas, and II don't want to wreck it so I don't fly it too much, it's a bit of a handful truth be told.

Plenty of time unnemployed now to play around with it I suppose.

Flown RC Aircraft for years (except for perhaps the past 12 monmths), must get back into it.
Some cause happiness wherever they go; others whenever they go... Oscar Wilde
Top 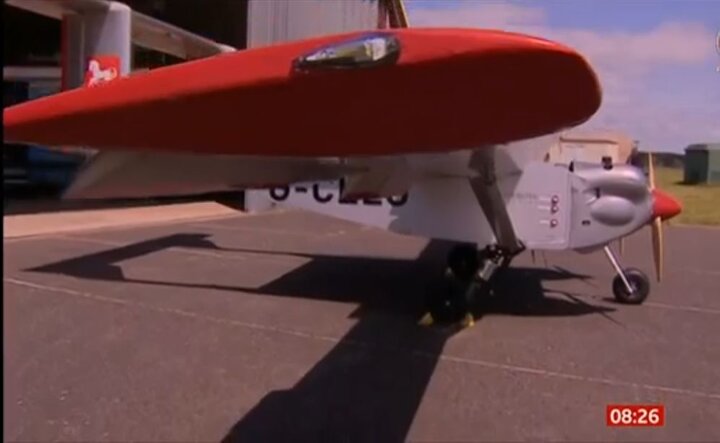 This two engined drone is taking medical supplies to the Isle of Wight.
Something useful rather than a dangerous toy.
"Religion is the advertising campaign for something that doesn't exist."
The late Clive James
Top

When I heard that they were to use a 'drone' to fly medical supplies to the IOW, I envisaged a quadricopter rather than a full-size UAV.

But will it put other idiots off the idea of flying their drones where they shouldn't?............somehow I doubt it.

Mrs Ex-A, I think an incredible number of people are impervious to information. They are not wilfully ignoring rules but simply ignorant.

I guarantee there is at least one such within shouting distance of any woman. As evidence I offer the unpacking and installation of any new piece of domestic electrical appliance.

Admitted this level of impermeabilty varies between individuals. In a military context I experienced how at least 2% would be unaware of something promulgated in orders, written on the notice board and delivered personally to their mail slot.
Top

This is an interesting article on the Gatwick debacle; https://www.theguardian.com/uk-news/202 ... wick-drone

I guess no-one will ever know for sure if there ever was a drone in the first place.

I guess no-one will ever know for sure if there ever was a drone in the first place.

If there was one, the 'driver' of it, will be aware of it!

Whether or not he/she ever goes public is another matter.
Cynicism improves with age
Top
Post Reply
129 posts