Paris, France (CNN)Beach volleyball against the backdrop of the Eiffel Tower, equestrian disciplines in the magnificent Versailles Palace garden, and the Opening Ceremony on the Seine -- France plans to charm visitors from around the world with everything that Paris has to offer during the 2024 Summer Olympics.

The latest, yet less glamorous addition to its Olympic arsenal is a laser weapon system that will shoot drones down from the sky.
The French Ministry of the Armed Forces announced in June that it has ordered one prototype of an anti-drone laser weapon system, called HELMA-P, to be deployed for the 2024 Paris Olympics.
"The HELMA-P system provides a calibrated response to the drone threat, from dazzling the drone's observation instruments to the neutralization of a mini or micro drone (from 100g to 25kg) by altering its structure, causing it to fall in a few seconds," the ministry said in a statement.
"Altering its structure" is a nice way to say burning a hole through any potential drone.
This prototype will also help "deepen the military's understanding of its deployment," as an anti-drone campaign is a priority laid out by the French Ministry of the Armed Forces for the 2019-2025 period, according to the statement.
The International Olympic Committee (IOC) told CNN that security of the Games is the responsibility of local authorities.

The HELMA-P system can shoot out powerful laser beams that heat up drones to a point where they either burn or overheat and shutdown, according to Jean, chief engineer of weaponry at the ministry's General Directorate for Armament, in charge of developing and purchasing weapons.
The ministry declined to give out Jean's last name for security concerns.
Drone threats have increased exponentially in recent years including for big events such as the Olympics, according to Philippe Gros, senior research fellow at French security and defense think tank Foundation for Strategic Research.
Drones can be used to scan and search a given area to identify the location of potential targets. They could also be modified to carry weapons or explosives. Mini drones, which is what the French system targets, have been playing an active role on the frontline in Ukraine.
Apart from the laser unit, the anti-drone system will also include radar and radio frequency sensors to aid in locating drones. Once identified, the weapon developed by CILAS, owned by French defense giant ArianeGroup, has a one-kilometer killing range, according to Jean.

But employing such a powerful weapon in densely populated Paris, where visitors from around the world gather to celebrate the Olympics, brings up safety concerns.
"An important part of the anti-drone laser program is the safe operation of this weapon," Jean said.
It will be up to the team operating on the ground to determine if they should shoot down a drone or not.
"This decision will take into account the fact that the fall of the damaged drone could lead to some danger," Jean said.
A laser weapon system is also one of the most cost-effective ways to tackle the growing drone threats in urban areas, according to experts.
"One of the reasons lasers are interesting is that, compared to interception missiles, there are no explosives involved and even if the drone explodes, it's just its debris that will fall. In general, it brings less collateral damage," Gros told CNN.
Laser weapons offer other advantages, including precision and low operational cost; they don't need munitions, which helps explain their increasing popularity among military powers such as the United States, China, France and the UK, according to Gros.
More specific to drone prevention, the HELMA-P system and other similar laser weapon systems fill in a gap where traditional anti-drone tools struggle to keep up with new developments in drone technology.

"The problem is drones are becoming more and more autonomous, they can fly many parts of the mission without an operator," Gros said.
This means the traditional way of jamming signals between drones and operators could become obsolete.
Currently, anti-drone laser weapons still have many weaknesses. For instance, bad weather impact their accuracy and efficiency. The industry is still on a learning path, according to Gros.
For tourists visiting Paris in 2024, the Ministry of the Armed Forces assured that its laser weapon won't cause too much distraction for the public.
"The system is quite stealthy since it does not emit light because the laser in fact is invisible," Jean said.
"It doesn't make any noise either. It's actually a very discreet weapon."

Re: Anti-drone Laser Weapons To Be an Event For Paris 2024 Olympics

It's probably going to be difficult to stage quite a few of the events.
They are going to need the whole of the Champs Elysee for the Javelin contest. 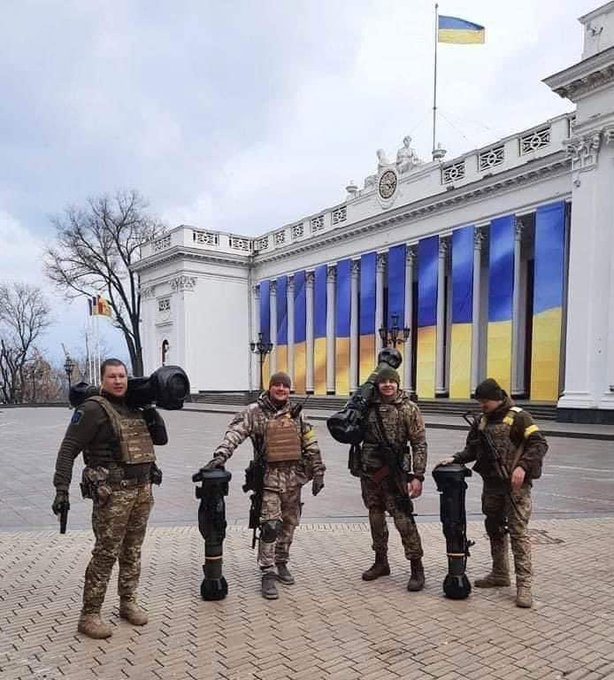 Re: Anti-drone Laser Weapons To Be an Event For Paris 2024 Olympics

I wonder what happens if you coat a drone in a reflective paint or even metal?
Top
Post Reply
3 posts • Page 1 of 1