Why Dubai is so vile, despicable, and reprehensible

Mrs Ex-Ascot wrote: ↑
Wed Feb 05, 2020 11:29 am
I like the way that they are blaming everything apart from the fact that many people don't want to fly via Dubai any more. And that includes us! Indeed we plan to continue to avoid the Sandpit full stop from now on.

I thought your transit experience was not bad after all. What make you change your mind that much?

The timing of flights made for long transit times in the middle of the night which involves faffing about going out to a hotel for a few hours sleep and then back in for an early morning flight. Result was a very fatiguing journey which was also expensive. Even going via Doha was no better despite no stopover and Quatar did not impress us.

A far better choice in every way. My favourite route to/from ZA and the one I always try to use.

Whoever suggested that to you must be is very smart! 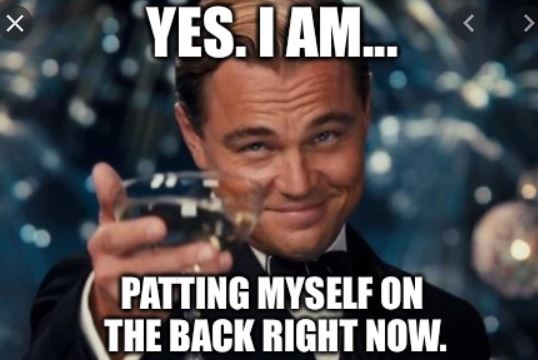 I am surprised they didn't think it themselves.
Top

Much more expensive. Used to fly 1st with EK but they doubled the prices so went Business. Now we can go 1st with Swiss at less the price of 1st EK. But still more expensive then EK Business. We will see if Mastermind is right. We are sure he is. They just better not have any frog announcements.

Anyway in the last week we have lost more on the markets than the price of our tickets. Bloody live animal eating Chinks.
'Yes, Madam, I am drunk, but in the morning I shall be sober and you will still be ugly.' Sir Winston Churchill.
Top

I am not sure it is applicable to you but I feel Swiss it is more ethical buy - it treats its crew better and it is based in a better country.
Top

My long haul segment is on Edelweiss (Swiss LX/WK codeshare) and it is mostly used by German Swiss. I don't think I have ever heard announcements in Frog but I tend to blank it out. The FAs are invariably healthy looking Swiss lad and lasses. A lovely airline to fly with.
"Religion is the advertising campaign for something that doesn't exist."
The late Clive James
Top

RiS I do not think that you can treat your crews worse than EK.

Cape, not interested in the guys. probably all woofters anyway. Did Julie Andrews go to work for them in the end after she escaped over there?

I feel you can Ex A. I hope TS is not reading this but German speaking ladies have a certain charm in an airline perspective.
Top

Went to Oz,return, a couple of years ago on a combination of Swiss, Cathay and Singapore in business. We rated them Cathay, Swiss and Singapore in that order. All very good though.On the way home we missed our connection in Zurich but they had us switched to Lufthansa within 15 minutes, via Frankfurt and we were in Manchester only an hour late.And our bags made it..
We are in Oz at the moment and have travelled Oman air and Malaysian, Oman are very good and recommended, Malaysian are only average and not the quality they were ten years ago.Muscat and KL have good business lounges for transit..
Top

https://www.telegraph.co.uk/news/0/insi ... re-father/
The inside story of the Dubai princess who fled from her billionaire father.

A few quotes from a long article in today's DT about this haven of justice and tranquility which attracts millions of whores, pimps, alcoholics, wife-beaters, criminals of all kinds and so on annually, all proudly carried by Emirates.


'We were taken back to Dubai. That was the last time I saw Latifa. She was being dragged off the boat, kicking and screaming, yelling that she was seeking political asylum. They ignored her. The whole situation was so unreal. I wish I’d said something, but I was paralysed. They threatened to shoot my brain out if I spoke. It was shocking. It was beyond my comprehension.’

Along with Jaubert, Tiina was taken to a national security prison, where she was kept in solitary confinement for several weeks. ‘ in a cell, which was freezing cold with the fluorescent lights always on. There was a hatch in the wall that they’d open to give me food,’ she says.

‘It was mental torture. I was sleep deprived and the guards told me I’d “stabbed the ruler of Dubai in the back”, so I’d get the death penalty, or a life sentence. They tried to make me do a false confession, saying I’d tried to cheat Latifa into escaping. Sometimes they’d get so angry I felt like they were about to hit me.’

Sheikh Mohammed, 70, is largely credited with turning Dubai into the global, glamorous city it is today. ......

Yet behind his public image as a progressive ruler of a forward-thinking country lies a more controversial side. Campaign group Human Rights Watch has called the UAE ‘hypocritical’, and says that any attempt to paint the government as tolerant ‘is laughable.’ In recent years, there have been a number of high-profile cases of people, including British citizen Matthew Hedges, being imprisoned and allegedly badly treated at the hands of the country’s security services.

The country’s laws are also some of the strictest in the world: people can be detained for free speech-related offences, and sodomy carries a 10-year prison sentence. The Emirates also enforces the law of male guardianship, where women can effectively only work with their husband’s permission, must have a lawful excuse if they refuse to have sex with their husband, and must grant full custody of her children to her husband if she wants to divorce him and remarry. Rape victims are also often ostracised for going public.

The strict oppression of women in the UAE appears to extend to the royal family itself. Each of the Sheikh’s wives has her own separate home, and they are not encouraged to mix with each other. In some ways, the expectations of them as royals mean they have even more restricted lives than local UAE women – Latifa has alleged she had no freedom to travel, work, or even have relationships.

Latifa had tried to escape once before, as a teenager, by riding into Oman on horseback. But after being captured at the border, she was imprisoned for three-and-a-half years, when she alleges she was tortured. ‘One person would hold her, and the other would cane her feet,’ says Tiina. ‘She was given no fresh clothes, toothbrush or anything to wash with.’

Her older sister’s story is even more harrowing. It appears Princess Shamsa tried to run away from her family’s Surrey estate back in 2000, when she was just 18, after being told she wasn’t allowed to go to university. But two months later, she was found in Cambridgeshire, and taken back to Dubai. It is now 20 years since Shamsa was last seen in public.

Tiina now hopes that Latifa’s story will move other Arab women to speak up about the way they are treated. ‘Latifa isn’t the only one who is suffering. There are many other women in similar situations, being oppressed because of inequality, not having the choice to study or work. She’s one of those women. It’s pretty normal over there for a female to be under house arrest for rebelling. And if Latifa as a princess is treated like this, imagine how they’re treated?

‘First Shamsa, then Latifa, and now Randa,’ says Haigh. ‘They all have similar stories. “I was abused, I had my daughter taken off me, they threatened me, they did this and that.” And these are the ones we know about. How many more are there that we don’t?

‘It’s about time we looked beyond the façade and glitz and glamour of Dubai, and questioned what’s really going on.’

Will he get into the Royal Enclosure at Ascot this year?
Wine improves with age
I improve with wine

I honestly don't understand why The Royal Family consider him as a friend. Is he paying for the refurbishment of Buck House.

If you are qualified to go into the Royal enclosure your wife can be qualified as well. Can he remember which one it is? It didn't used to be photo ID so I guess he can pick one at random.
'Yes, Madam, I am drunk, but in the morning I shall be sober and you will still be ugly.' Sir Winston Churchill.
Top
Post Reply
114 posts