I had never seen or heard of this ill fated approach before...

Some sensible comments about this case study...


Case Study: Learjet 35 N452DA. On May 15, 2017, a pair of poorly qualified Learjet 35 pilots so badly scared their passengers flying into Philadelphia, the passengers decided to rent a car and drive instead to their next stop, Teterboro. The pilots continued on empty and crashed a mile short of their intended runway. It was a challenging day at Teterboro, with gusty winds and the need to circle from an ILS to an adjacent runway. These pilots didn't know the difference between an IFR circling approach within circling radii at minimum descent altitudes and the need to visually maneuver from one runway to another. This just brushes the surfaces of the knowledge and skills these pilots lacked, and yet they somehow became qualified to fly their jet with passengers.

Of course these pilots didn't set out in their Learjet with the objective of doing something they were ill prepared to do. I think had they undergone a peer review at some point before finding themselves having to negotiate challenging winds at an airport that is a challenge even on a day with calm winds, they might have been given a wakeup call. At the very least, the peer could have sat down with them and told them they were at risk and talked some sense into them.

Keep in mind that this hazard isn't limited to poorly qualified pilots, it also happens to good pilots who fail to keep up with changes to their aircraft or the industry. Think of how lost an international procedures expert from just ten years ago will be today in the North Atlantic Track System. If you don't keep up, you fall behind.

I've seen this many times over the years. I once gave a line observation to a pair of Falcon pilots who didn't understand their takeoff minimums are different at most Canadian airports and politely pulled out the appropriate minimums chart before they fired up their aircraft's APU, hours before the visibility would be sufficient for takeoff. I might have saved them a violation or perhaps just some embarrassment. But I hope I gave them cause to understand the need to better prepare themselves for flights outside their home country. 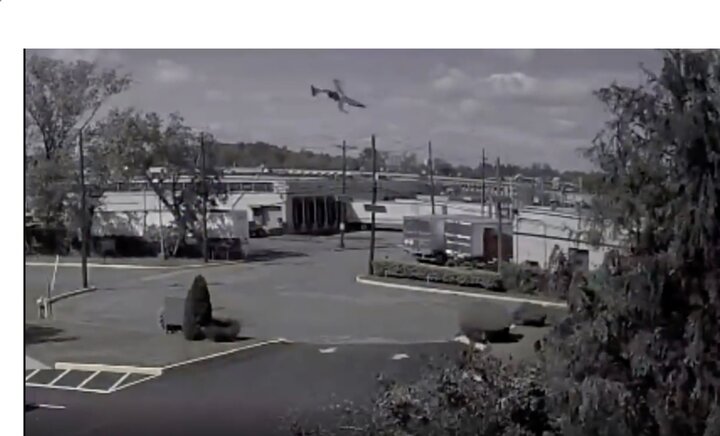 "If you are going to crash, do it properly"? Wise pax.
Top

I have been trying to find evidence that the passengers abandoned this flight, but it seems that this was simply an "empty leg"...

That CVR transcript is horrifying - how on earth were those two ever thought to be competent.
The helicopter pilots' mantra: If it hasn't gone wrong then it's just about to...
https://www.glenbervie-weather.org
Top

My friends who operate in TEB really don't like the circle to 01. Although it looks more like a side step. I haven't operated there so I can't comment on that.
It looks like it was a ferry leg instead of pax not wanting to fly with them.

It wasn't a good pairing and their experience was rather low. Even though the PIC had over 6000 hours, not a lot in either the Lear or any other jet. I think he may have been an instructor or thought he was, either way, he didn't do a good job of it. The SIC? With his experience (or lack there of) he was no way ready for that short flight with a tricky approach. Obviously highlighted with the transcript.

A terrible event. Just waiting for the Challenger 605 (?) crash at Truckee a few weeks ago to come out. That looks horribly similar.
Top

I suspect the 'experienced' Captain was mentally planning (not shared with anyone!) to fly the 'classic' circling 06 and his brain was sent into the mental bundu by the ATC instruction to 'Circle at TORBY'. From TORBY onwards he was on an 'away day'. Tragic.
Top

BOAC, now you mention it I think I have seen that too though the other pilot saved the day. Worst case was our skipper had a monumental hangover and baffed before engines start. It was compounded by the Nav electing to fly a southerly track from Goose entering via London rather than Stornoway. He arose from his slumbers approaching "10W" but actually 8W. He called Scottish and London answered. I think he took little further interest in proceedings.

Come to think of it, our previous flight from Goose was similarly ill fated. After a discussion with the permanent Det Com on the merits of two northern routes we flew our preferred, slightly shorter, route and Det Com filed his preferred route. Only as we approached 10 W did Shanwick question our actual route.
Top
Post Reply
9 posts • Page 1 of 1