... Although not by the Spanish and more especially, the Catalans. In 1939, over hundred thousand Spanish fled North over the Pyranees into France to escape torture and death at the hands of Franco's suporters. The paths were twofold north of Camprodon, with the majority taking the Camino de Retirada ("the Retreat") via the town of Mollo, where I spent the last few days. On arrival at the Col d'Aro, the frontier with France, their vehicles, carts, cars, vans etc, were dumped into a ravine by the French, who then charged them a fee, basically all the money they had, to enter France. Descending from the Col into France, a sizeable majority were plundered of what little they had left and then murdered by the locals, men, women, and children, dismembered and the remains buried in the forests each side of the road.
The few that survived were incarcerated in the concentration camp at Rivesaltes north of Perpignsn, before being shot as spies or if Jewish, being sent to Germany.
It will surprise many reading this to know that the Rivesaltes concentration camp was finely closed.. In 2007.

Offical history: "These camps had no protection from freezing temperatures and biting winds apart from a few improvised flimsy shacks. Most men slept in holes dug in the ground. There was no water, no sanitation and scarcely any food. According to one of the world’s finest-ever photojournalists Robert Capa, “for sport many mounted and armed French guards beat up dying men … One night in February seventeen had died of exposure and were buried where they lay.”
Top 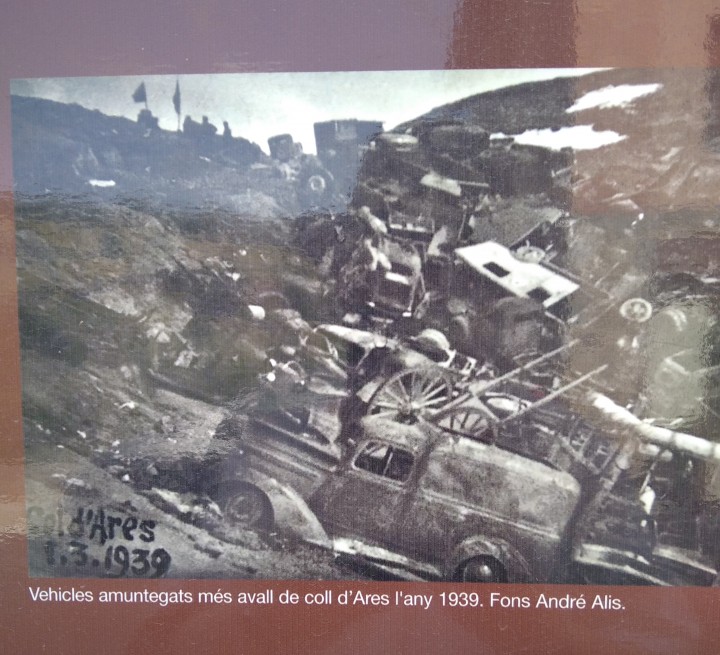 Do you have any links or references for people to seek further information? I for one would be interested.
RAF 32 Sqn B Flt ; Twin Squirrels.
Top

I too am interested because I seem to remember reading that a place where I took my kids to in the '70s and where my son takes his kids to this day, Argeles-sur-mer, was another of the concentration camps in the aftermath of the Spanish civil war.

Argeles-sur-Mer was a temporary beach concentration camp. I don't know how long it took to move the prisoners up to Rivesaltes. The French were overwhelmed by the unexpected arrival of tens of thousands of fleeing Spanish. They were unwanted and treated as such.

Interestingly today a large number of mayors of the region, where we used to do sculpture exhibitions, have Spanish or Catalan surnames and the language is heard there. We used to know some very nice people there.

There is a memorial at Mollo which includes photographs of French soldiers shooting Spanish refugees, and of modern disinterment of bodies in rudimentary graves.

Further info on the internet under "Retirada."
Top 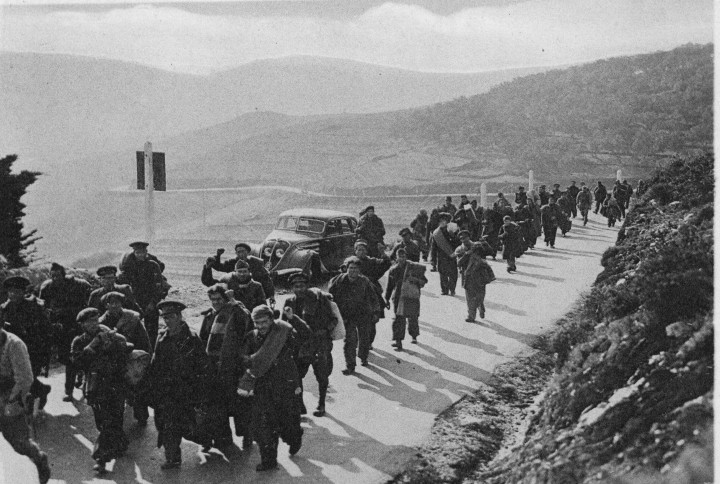 I've walked there in winter (which this picture isnt). Lots of snow up on the Col, plus bears...
Top

A friend of ours, now deceased, was at the doctors in Castelló d' Empurias. When his name was mentioned in the waiting room, an ancient crone stopped him and said "you are Joan Auge? My father buried your grandfather".

Joan's grandfather and a load of others were picked up by Franco's forces in Castelló during the civil war and driven to Girona in a truck. It stopped on the N-II main road, they were ordered out and on the side of the road, they were machine-gunned, petrol poured over their bodies and set on fire, and the truck drove off. (There is a simple cross on the spot today.)

Two of them, dreadfully wounded, one Joan's grandfather, crawled to the nearby village where they died, but before they passed away told the villagers what had happened. A 14 year old boy and a man went with a donkey cart and collected the bodies for decent burial. The boy was subsequently the father of the old lady.

Boys and girls: OFSO has launched a very interesting thread, on a subject unknown to me. Please avoid what is known as 'what-aboutery' and if you wish to discuss any other massacres or civil wars please either start a thread on it/them or add to an existing on that subject.

Personal Note: I knew about the exodus in 1939. I did not know how many or what happened to them until I went to the town on their route and discovered the memorial. It should be more widely known.
Top


Further info on the internet under "Retirada."

Thankyou. An interesting link and one which I will follow up when I have finished reading Martin Gilbert's excellent biography of Winston Churchill.

I knew the lady who ran the Pyrenees Oriental (PO) magazine. Very sincere

I'm just reading the biography of TE Shaw, Lawrence of Arabia. Amazing. He helped to develop the predecessor of the Spitfire and also RAF rescue launches. Not widely known.
Top
Post Reply
13 posts • Page 1 of 1