Someone must be sacrificing them on the quiet somewhere.
D.I.L.L.I.G.A.F
Top

Ra is upset.
Wine improves with age
I improve with wine 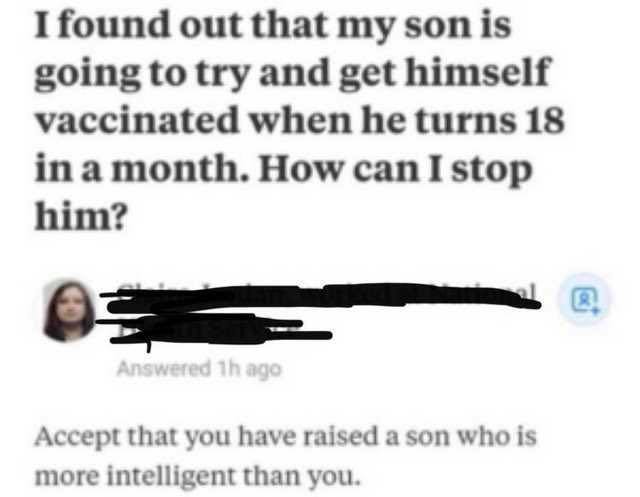 A man, while playing on the front nine of a complicated golf course, became confused as to where he was on the course. Looking around, he saw a lady playing ahead of him. He walked up to her, explained his confusion and asked her if she knew what hole he was playing.
She replied, "I'm on the 7th hole, and you are a hole behind me, so you must be on the 6th hole." he thanked her and went back to his golf.
On the back nine the same thing happened; and he approached her again with the same request. She said, "I'm on the 14th hole, you are a hole behind me, so you must be on the 13th hole." once again he thanked her and returned to his play.
He finished his round and went to the clubhouse where he saw the same lady sitting at the end of the bar. He asked the bartender if he knew the lady. The bartender said that she was a sales lady and played the course often. He approached her and said, "Let me buy you a drink in appreciation for your help. I understand that you are in the sales profession. I'm in sales, also. What do you sell?"
She replied, "If I tell you, you'll laugh."
"No, I won't."
"Well, if you must know," she answered, "I work for Tampax."
With that, he laughed so hard he almost lost his breath. She said, "See, I knew you would laugh."
"That's not what I'm laughing at," he replied. “I’m a salesman for Preparation H, so I'm still a hole behind you!”
Ricardian, Stronsay, Orkney UK
www.stronsaylimpet.co.uk
visitstronsay.com
Top

An old farmer had a dam on his farm with picnic table and chairs under a tree.
One evening he decided to go down to it.
As he got near he heard female voices shouting and giggling with glee. A bunch of young women were skinny-dipping.
He made them aware of his presence and they all went to the deep end.
One shouted 'We're not coming out 'til you leave!'
The old man frowned. 'I didn't come to watch you ladies swim or make you get out naked. I'm here to feed the crocodile.'
Moral of the story: Some old men can still think fast....
"Religion is the advertising campaign for something that doesn't exist."
The late Clive James
Top

One naughty little doggy for sale. 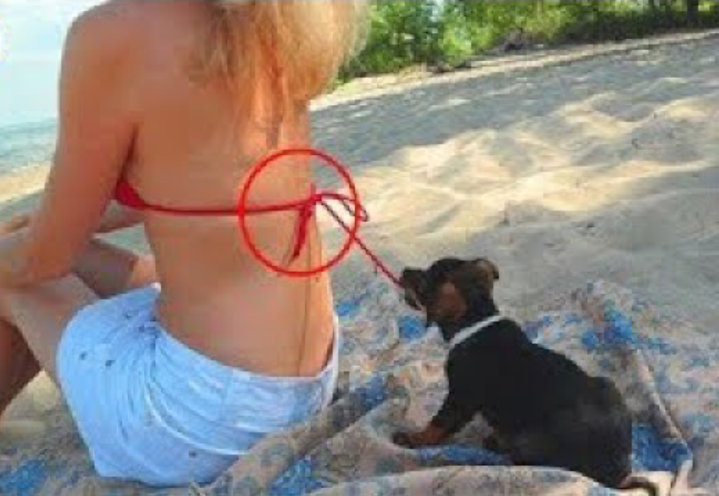 The male teacher in a girls' school asked the science class, "Who can tell me what organ of the human body expands to 10 times its usual size when stimulated? Mary, can you tell me?"
Mary blushed furiously as she stood up. She said, "Sir, how dare you ask such a question? I will complain to my parents, who will complain to the principal."
The male teacher was taken aback at first by Mary's reaction. Then, as understanding dawned on him, he called for another pupil, this time a volunteer. Lily put up her hand. "Yes, Lily?"
"Sir, the correct answer is the iris of the eye."
"Very good. Thanks, Lily," said the male teacher. He then turned to the first girl, who had threatened to complain to her parents and principal. He said, "Well, Mary, I have three things to tell you. First, you have NOT done your homework. Second, you have a DIRTY mind. And third, I fear, one day, you are going to be sadly disappointed."
Ricardian, Stronsay, Orkney UK
www.stronsaylimpet.co.uk
visitstronsay.com
Top

So cats would be useful Ric in an A320 as a backup to the aural “SPEED! SPEED! SPEED!” (low energy warning)?