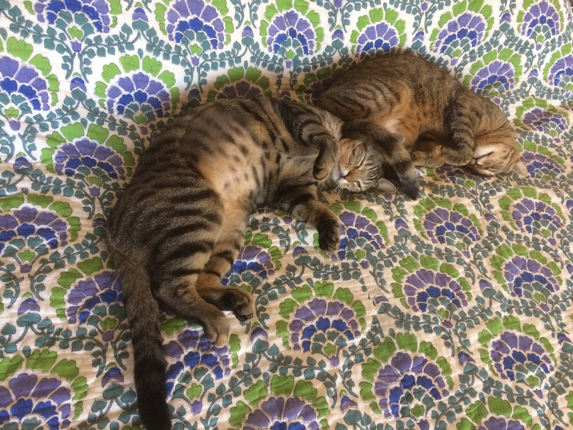 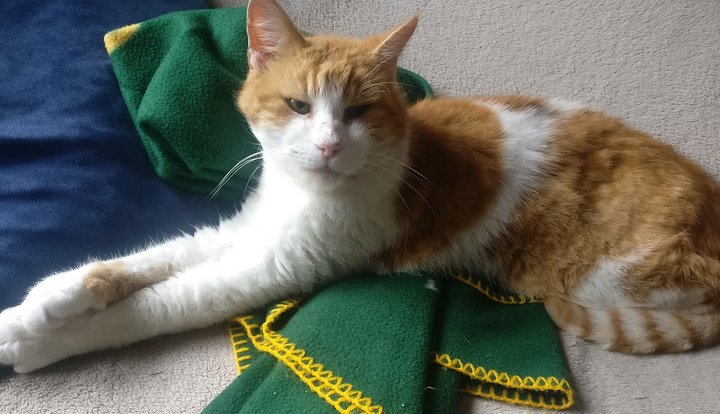 In one of my less aggressive moments!

I didn't expect Cape to be a cat person! Nice pets on both posts above.
Top

This is Tesla, who came along to watch her daughter compete in a recent show. 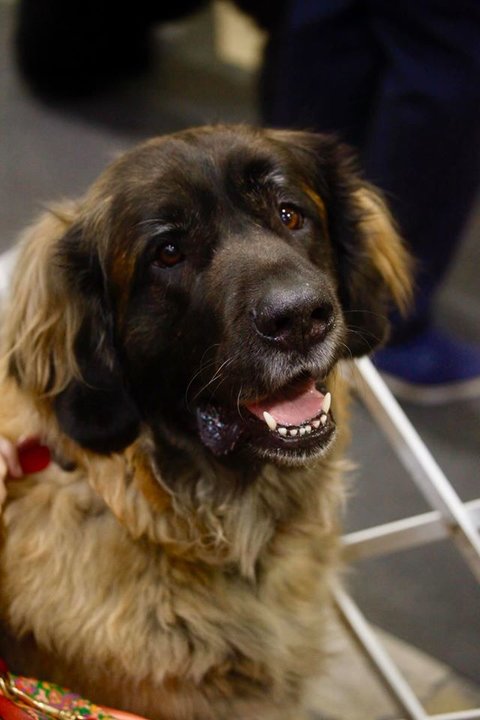 I'm not a cat person, but what do you when one adopts you?
"Religion is the advertising campaign for something that doesn't exist."
The late Clive James
Top

Cape:
I have the same problem.

Cats have servants, dogs have masters. Be ready to serve your new masters.

So I'm sitting there working away when my arm gets nudged. I turn round to find this. 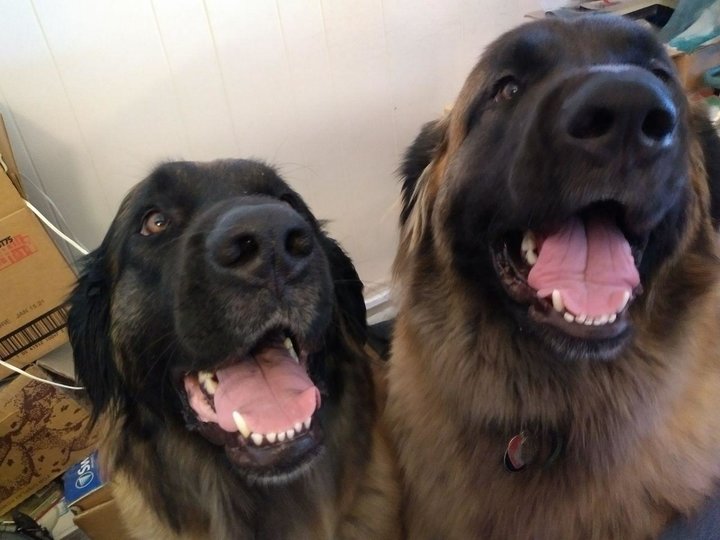 My Scottie will kick my kindle or tea cup out of the way of I don't play ball.
Top

Siamese cats should have long tails, but I like showing off! 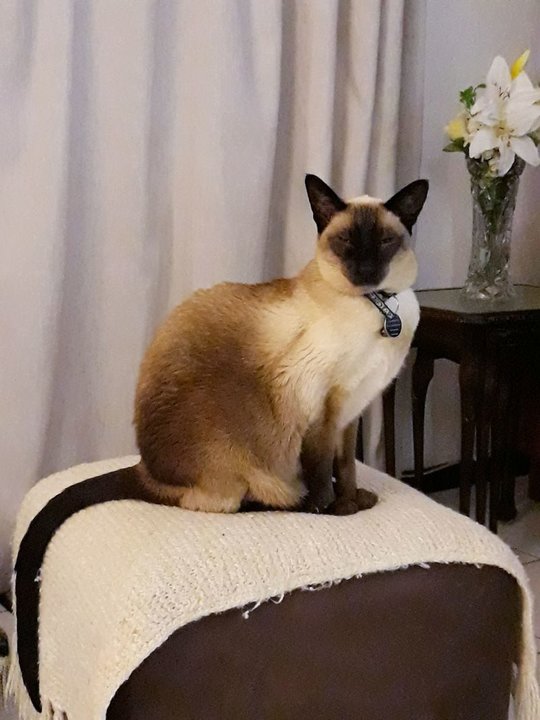 Wine improves with age
I improve with wine

Well spotted! It was on my list to put some pictures on here, I'll add some later. Puppies arrived on Monday, eight boys and three girls.

She made us think she was going to pop last Friday but then calmed down again and it was Monday when things finally happened. We were more used to her mother's leisurely approach to labour, a puppy every couple of hours, so it was a bit frantic when she started pushing them out every 20 minutes, with two arrivals a mere seven minutes apart. By the time the puppy is extracted, removed from its sac in a lot of cases, checked over, cord clamped and cut (if Faraday didn't get to it first), weighed and cleaned, that takes a sizeable amount of time. She got to nine, (we knew of eight), so we wondered if that was it, did some monitoring and our on-line vet service reckoned there might be something still in there so she got a shot of oxytocin to prod her along a bit, then number 10 arrived very quickly after that. Then we gave her a rest, started monitoring again, I wandered off to get some food and suddenly number 11 arrived just as I was removing my burger from the pan. The first one arrived just after noon, last one about 7:20pm, and she was given the all-clear an hour or so later. 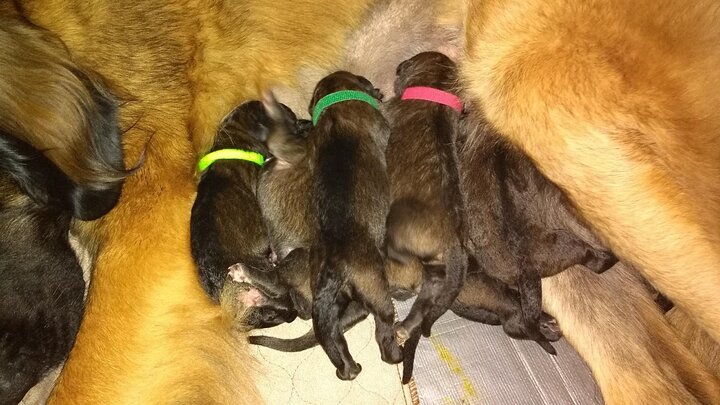 Combined weight of puppies was about 15lbs, only one was under one pound and that only just (450g on the scale) so they were all a good size.
Top

How many nipples?
and did you have enough different colours?
Top

Congratulations I suppose, 11 is a good number even for a big dog.

I suppose is because I disapprove of breeding dogs for sale, I don't suppose you are keeping them.
https://www.wunderground.com/dashboard/pws/ITORRO10?cm_ven=localwx_pwsdash
Top

She only has eight nipples. We record the weights twice a day and keep a log of who gets attached for feeding so we know they are all doing OK and getting a proper turn.

As for sale, if she was a Labrador or other common breed then we wouldn't bother with breeding, but there's only 5000 registered Leonbergers in the US and our waiting list is oversubscribed so there's demand for them. We wouldn't give them away, there are all sorts of costs leading up to a successful litter, including all the health checks (done by responsible breeders as opposed to puppy mills), stud fees, cost of attempts that didn't produce anything (collection and overnight shipping of chilled semen is not cheap) and then the cost of a road trip to Utah for a few days to do it the old fashioned way all add up. Her mother had to have a c-section and a follow-up op, so that can happen too. We're not planning on keeping any of these, three is enough for us.

You rarely see Leonbergers in shelters - if one appears then someone will go get the dog and it will be rehomed. Responsible breeders have a clause in puppy contracts that requires people to give the breeder first refusal if the owner wants to dispose of the dog.
Top

He's a distant nephew of Guard Dog Numbah One and is showing several characteristics of his Great Uncle, other than a rather endearing floppy ear which would instantly fail him from Police Scotland's equivalent of Biggin Hill's Selection.

Pictures to follow, when I get the Ilford film out of my Box Brownie and developed and enlarged at Boots.

I'm now interested in Leonbergers. They look absolutely gorgeous and I'm sure that one would make a lovely replacement for House Dog (a Border Collie who would do Sudoku puzzles for me if I would only explain the rules to her) and they look as adorable.
Top 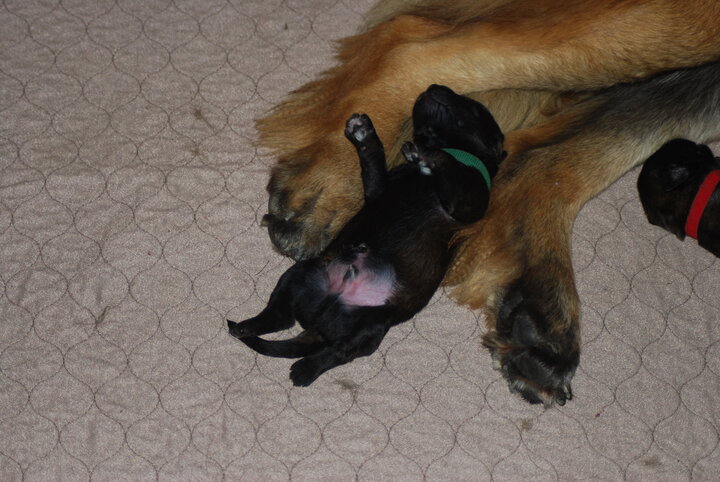 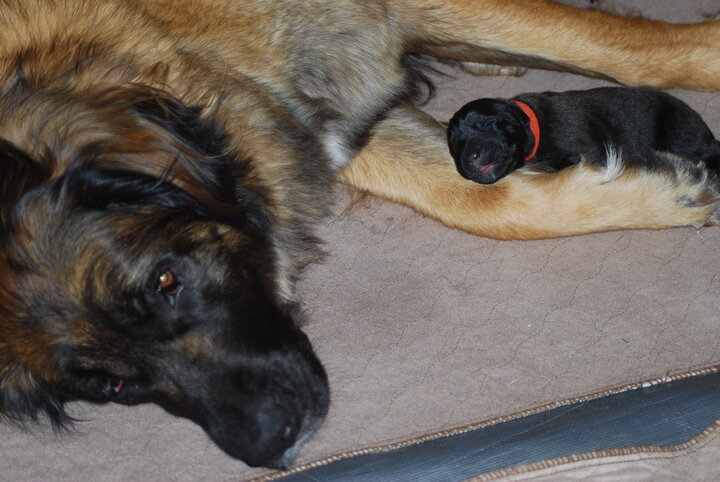 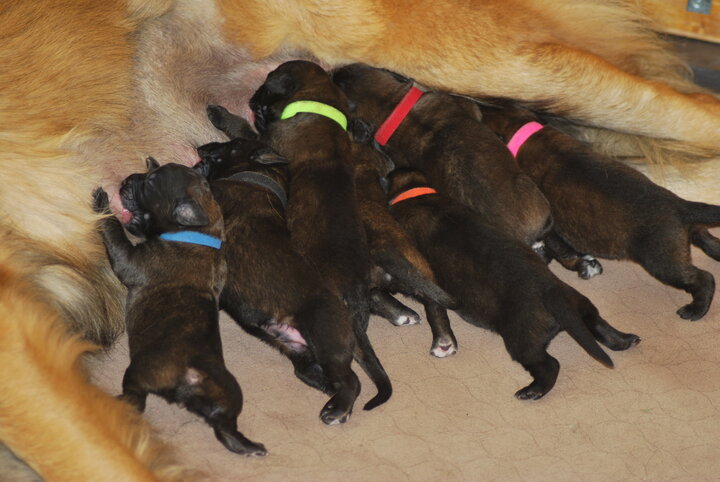