Trump is hardly a hero I mine but I was interested to read of his short lived attempt as a helicopter company entrepreneur!


Trump's formal launch in the air business occurred in March 1988 when he acquired three Sikorsky S-61 helicopters that belonged to Resorts International Airlines (RIA) used to shuttle high rollers to the Resorts Casino Hotel in Atlantic City, New Jersey. The three green and orange and helicopters were repainted black and red and emblazoned with the Trump Air logo. Trump at the time claimed the helicopters "were the same model used by the President of the United States. 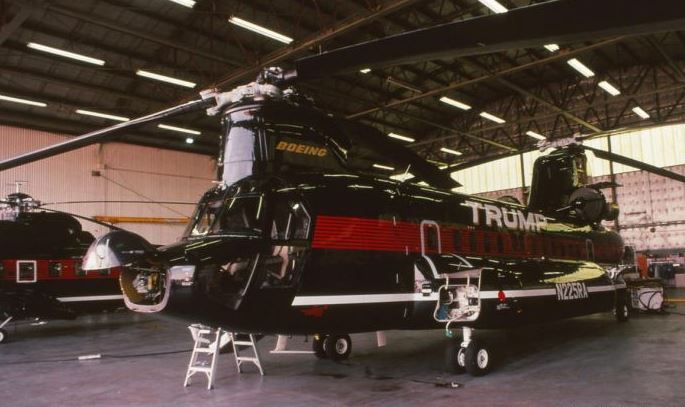 Not I mine but of mine... Predictive text!